The iconic Eiffel Tower proudly stands on the Champ de Mars in the heart of Paris as a beacon of French artistry and ingenuity. But what do we know of Gustave Eiffel, the engineering genius to whom the wrought-iron lattice tower is named after? This lovingly detailed biopic recreates Paris in the late 19th century to tell his story, opening the Festival on a high (324 meters to be precise) as the world premiere of the biggest French production of 2020.

Having already achieved international recognition for his work – which included the framework for the Statue of Liberty – Eiffel was in high demand. He wanted to design the Paris Subway, but the French government had other ideas: they wanted something special for the 1889 World’s Fair. Initially struggling for inspiration, everything changes when Eiffel encounters a mysterious woman that he once knew many years ago. 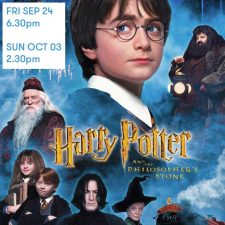